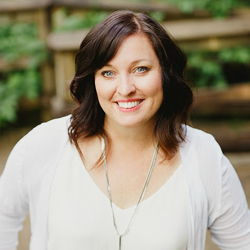 Trish’s life changed drastically after she noticed a lump on her right breast. After tests revealed it was cancerous, Trish was diagnosed with triple negative breast cancer, stage 1. Soon after her diagnosis she underwent a partial mastectomy and then began chemotherapy. After undergoing “heavy doses” of chemotherapy every two weeks over a four-month period, followed by 20 sessions of radiation, Trish and her husband were left with questions.

“We wanted to make sure everything that was done to me was what should have been done,” she said. “Was I treated properly? Did I get the right amount of chemotherapy or did I get too much? Should I have done a different surgery instead of the partial mastectomy?”

After a thorough review of her case – that included delving into her family’s health history – the Best Doctors experts agreed with the treatment Trish had received, including both the partial mastectomy and the chemotherapy. Their conclusions brought Trish and her family a sense of relief. She said she truly felt as though she was being listened to and taken care of as a patient.

“The Best Doctors [physician] was really caring and compassionate, and he let me talk,” Trish said. “He answered all our questions. We felt really good.”
Trish added her case was also reviewed by an expert breast medical oncologist and an expert breast surgeon. “[Best Doctors] tapped into all the leading specialists in their field,” she said.

“In their expert opinion they felt like I had an excellent prognosis,” Trish said. “I cried the day I talked to Best Doctors because I never once heard that from any of the people I was treated by here [in Vancouver].” Trish added that the Best Doctors report contained “very specific” answers to all her questions and included “unbelievably detailed explanations.”

After sending her the report, Best Doctors asked Trish if she wanted to speak with an expert to discuss the findings and ask questions. A call was scheduled and Trish and her husband had an opportunity to ask more questions.

“They were very patient and took a lot of time talking to us, making sure we felt really good about everything,” she said.
Trish’s positive experience even prompted her to write an article about employee benefits in which she touched on the value of Best Doctors and the importance of getting a second opinion when it comes to one’s health.

“Best Doctors was fast and efficient. They make you feel important and are really quick to get back to you,” Trish said. “It was all top notch. I have nothing but good things to say about them.”